The store will not work correctly in the case when cookies are disabled.

We use cookies to make your experience better. To comply with the new e-Privacy directive, we need to ask for your consent to set the cookies. Learn more.

Blue Light – Is It Good or Bad for Eyes?

As technology has evolved, so has the demand on our eyes. Think about it. In the 50s, televisions found their way into most homes. Several decades later, personal computers and mobile phones were added to the equation, though the latter only started garnering extra attention in the 2000s, when Internet access, powerful processors, and ample storage space became standard features. Fast forward to today, and it’s impossible to imagine living without any sort of tech within arm’s reach!

The total time spent consuming media in fact – on televisions, computers, smartphones, tablets, and even radios – has been recorded at a staggering 12 hours a day. In 2020 alone (with some assistance from Covid-19 and lockdown restrictions no doubt), mobile usage surpassed 1.6 trillion hours, with the average user spending a casual 4.3 hours on their mobile device daily. Gaming too, saw a significant jump this year, with a 30% boost in overall gamers playing more than 5 hours a week.

The reality is that we’re spending extra time on screens of all shapes and sizes. This means that our exposure to blue light is also on the rise, along with the risk of some truly undesirable side effects.

Blue light, without getting too technical, is a colour in the visible light spectrum – the portion of the electromagnetic spectrum that is visible to the human eye. Blue light is also referred to as High-Energy Visible Light (HEV Light). Here’s why. 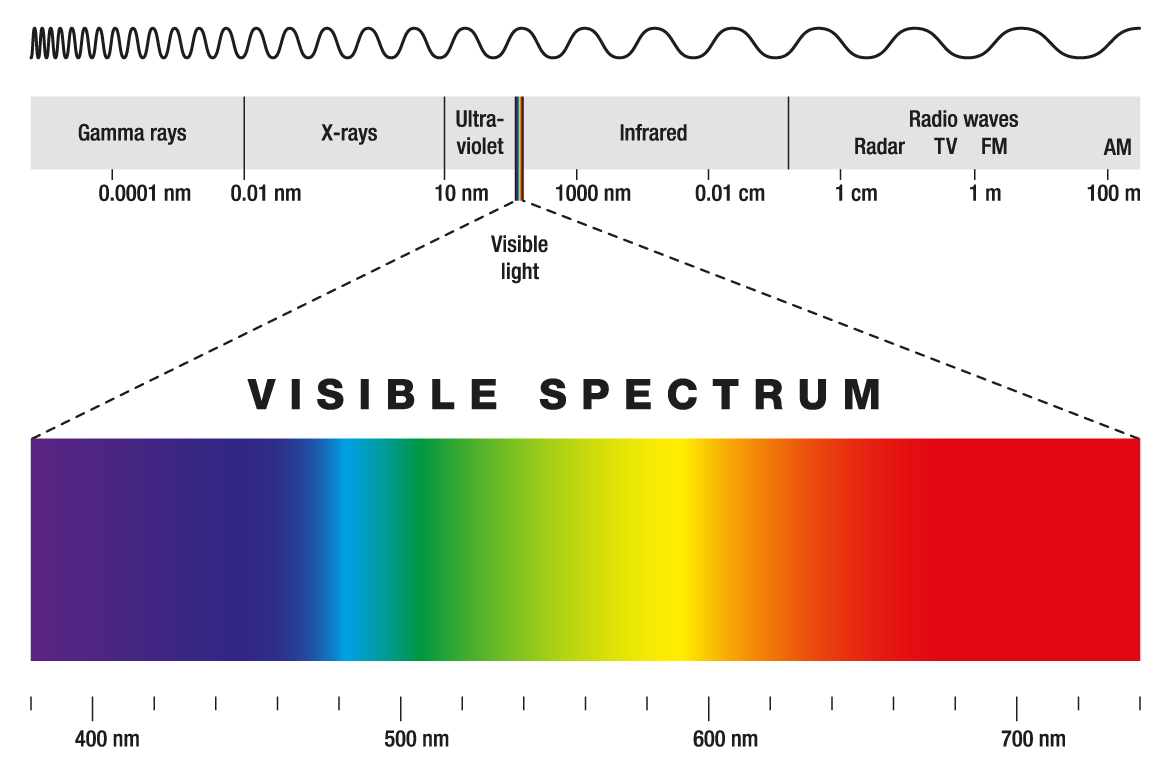 But is blue light all that bad then?

Blue light has actually been around since long before the dawn of modern technology. The sun itself sends out a permanent supply of white light, consisting of all the colours you see in the visible spectrum above (blue included), which is why a certain level of it is actually necessary in our daily lives.

And while there are benefits to blue light exposure, including boosted attention, reaction times, memory, and mood that help us during the day, prolonged intake of it  (particularly at night) contributes to digital eye strain, which can result in sore eyes, blurry vision, and other frustrations. But that’s not all. Too much blue light can also affect sleep, the lack of which can lead to a whole host of other problems.

A simple solution for protection

Thankfully, there’s a pretty simple way to combat blue light intake – outside of consciously limiting exposure wherever applicable. On top of doing regular exercises to help rest your eyes (like the 20-20-20 rule), the entire Eyebou collection can protect your vision at all turns with blue light blocking lenses, and, as an added bonus, they’ll even improve workday productivity!

We have three kinds of lenses to choose from:

Over and above the average day to day office work, series watching, and social media scrolling, many people also find the time to pursue the engrossing hobby that is gaming. Those extra hours spent behind a screen, drinking in gorgeous digital vistas and marvelling at lifelike visuals, can come at a cost, though.

Our Gamer range is blue light blocking with high colour contrast. This means that you’ll still get the full visual experience (as game developers intended), but with up to 420nm blue light spectrum protection! These lenses are also perfect for those who work with colour as part of their profession, like video editors or illustrators. 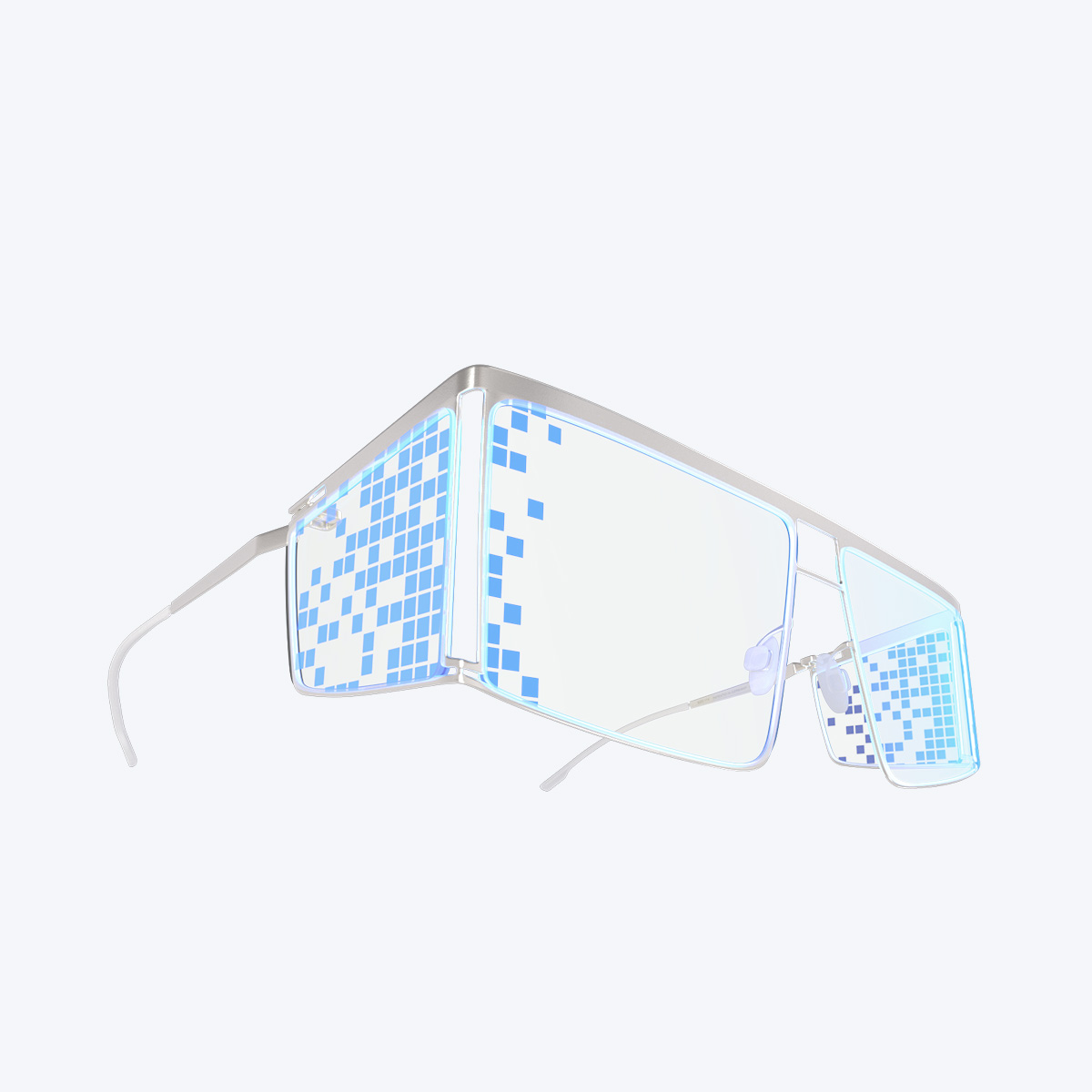 We can be exposed to blue light for long periods of time throughout the day: at work, home, and everywhere in between. If you find that your eyes are suffering as a result, at any point, then the versatile HEV range is definitely for you.

These lenses come packed with an orange tint that offers up to 500nm protection. Naturally, this blocks out blue light to reduce eye strain and improve sleep.

As we’ve already mentioned, blue light exposure during the day isn’t too bad. It has to be limited, sure, but it’s after hours when you truly have to guard your eyes in order to make sure your melatonin levels (a hormone that regulates your sleep–wake cycle) are where they should be.

Whether you’re driving for a night out or kicking back for an evening with your favourite series, our Night range has you covered. They block blue light with a red tint, enabling over 500nm blue light protection. 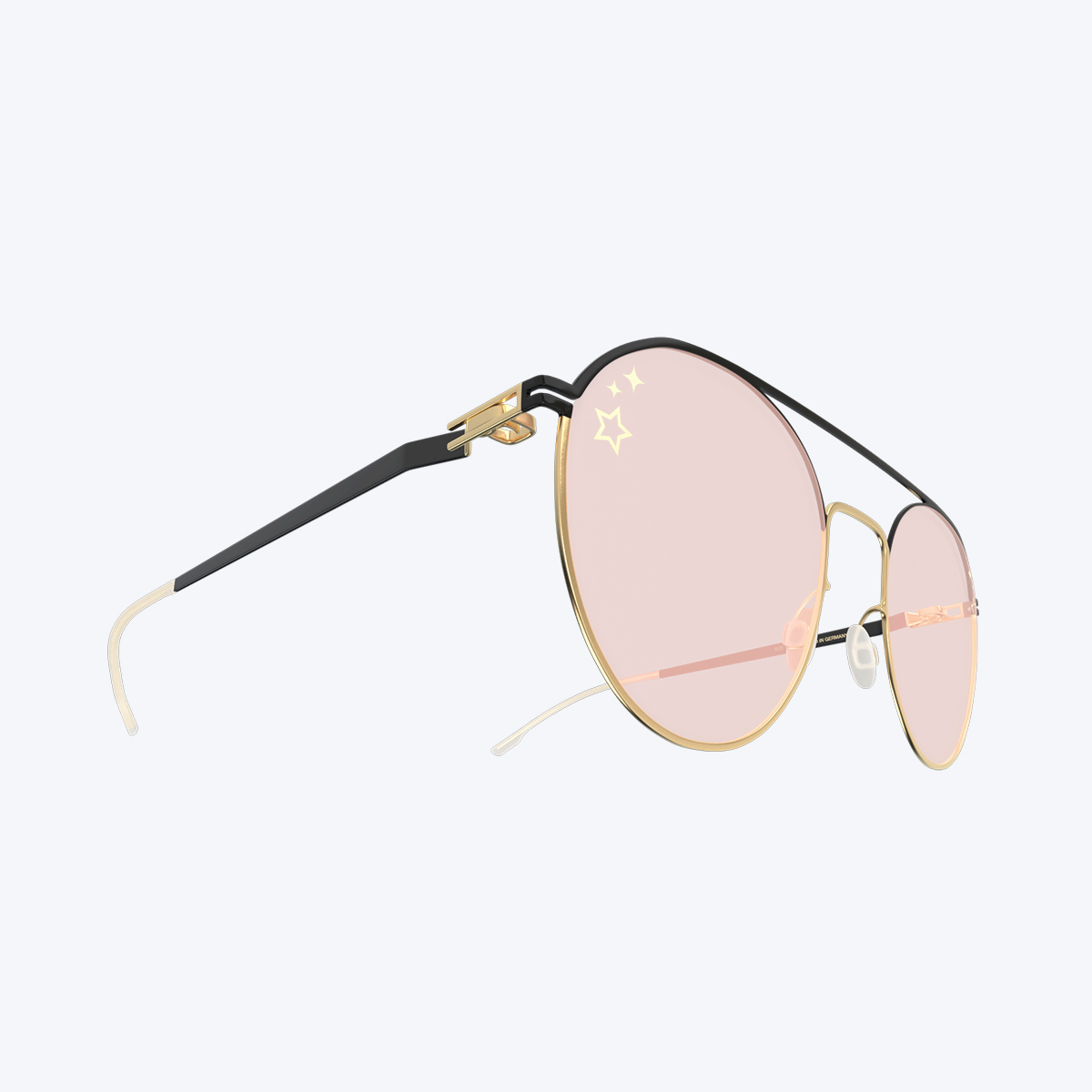 For better or worse, blue light is here to stay

If the last decade has taught us anything, it’s that we’re on a steady trajectory to spend even more time with a plethora of different gadgets and devices. There’s nothing wrong with that, but it’s worth keeping in mind that your eyes (and overall health) may pay the price from overexposure to blue light, whether you’re aware of it or not.

Rather rest easy and futureproof against any complications. Grab a pair of Eyebou frames, where functionality meets style, and look at the world without an unseen worry in sight, thanks to our blue light blocking lens.